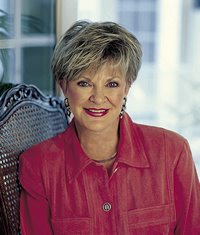 Shocking, huh? I was more than a bit surprised when she said it, and when there must've been a discernable audience reaction, she referenced the KJV of the Bible. Good ol' King James.....tellin' it like it is. "Impure", "immoral", "sexually immoral", "adulterers", "fornicators" just don't pack the same punch as "whore", "whoredom" and "whoremongers".

Kay spoke to our youth and I found myself judging her (without realizing it) before I heard her. The only other time I had heard Kay speak was when she gave a horrifyingly graphic account of the scourging of Jesus (it was as verbally explicit as Mel Gibson's The Passion was visually). I'm sure her presentation was accurate, but since this was my first exposure to her, I presumed a flair for the dramatic (many in the audience had tears streaming, my own daughter said, "I never want to hear that again.").

So, the morning she was scheduled to speak, I was curious more than anything. I don't remember expecting to "hear Christ" through her. I thought she'd "JesusSpeak" over the youth's heads, be anything but relevant, appear holier than thou, spoon feed the stuff they've heard over and over and OVER! Of course, these were not spoken thoughts, I wasn't even conscious of them. It was not until AFTER I heard her that I realized my misperceptions and learned more about myself than her.

She shared Christ and His message of redemption and forgiveness simply and succinctly, and in the process shared her personal testimony, that until then, I had never bothered to consider. Now 72 (unbelieveable, she looks and acts 20 years younger), she didn't come to a saving knowledge of Jesus until she was 29. Prior to that, she was married, divorced, sought the company of men for fulfillment, and perhaps other unsavory or salacious activities. That morning she spoke to the kids in a way that was relateable and applicable to THEM. She explained she could've chosen to wallow in her mistakes, become bitter for the hurt she had experienced in life, question why God had taken so long to reveal Himself to her. Instead, she acknowledged her place in history and basically embraced the role she has through the circumstances of her life--and how God has used them for her good, His glory, and the advancement of the gospel. (I feel like I've got to add a HUGE disclaimer--those are MY impressions of her from the morning, she spoke much more eloquently than my summary.) She has been forgiven...and so she is forgiving.

About me......I wonder when I'll get over myself! I'm actually grinning while I write this, I really am NOT a know-it-all. BUT, that being said, who did I think I was that I thought I couldn't learn something from this woman who has authored over 100 books and studies, and who is head of an international ministry????? I must be CRAZY! lol Why am I automatically suspicious of those in "lofty" places? I'm inwardly critical before I hear a word...I presume they revel in pedestal placement...that they're only in it for self glorification, or horrors, for money and power. "They" can be anyone in a ministry with broad exposure or with a book on the Christian "top ten". Ugh.....not very pretty. A friend of mine once said (quoting her father who was undoubtedly quoting someone else) "When Peter speaks of Paul, we learn more about Peter than Paul" (I think I just butchered that, hopefully you get the point). I wonder why I have an easier time seeing Christ in the "unknowns" in the Church, or even in nature, than I do in the "big names".

Sooooooo...I am left humbled at my own arrogance, ticked at how subtly pride sneaks into my heart...repentant, again. And VERY thankful God is l o n g s u f f e r i n g!

[OMW....I've resorted to tabloid blogging, LOL!! Posting a title just to get your attention. Hmmm, wonder if I'm the only one guilty of that (doubtful)].

Because, my friend, we are such kindred spirits, is why I miss you so! Loved reading your blog.

Didja see how much I REALLY do think of you, mon amie?? "You" are "here" in the midst.....hope you return often & dive in w/a few thoughts of your own. We BOTH know you think 'em, even if you don't share 'em;)

So now you know what a blog is...even if you still don't get 'em!

I think that's great you got to hear her in person. She looks fabulous!

I learn so much from her books.

I've never read her. Tell me more?
I'll check out the link to her ministry