Revised: Please CLICK HERE (my current blog) for more about this wonderful tradition :).


...we began a new Thanksgiving tradition this year. And although it wasn't quite what I had planned for it to be, it turned out just fine.

We have a "Thankful Box". In it, over the course of the previous year (I bought it last December), we were supposed to write things for which we were thankful. I instructed our children to write a little note whenever they felt thankful for something--a good grade on a test, something related to sports, not getting in trouble for something they should have (sneaky, aren't I?), whatever a kid is thankful for. Tad and I were supposed to write " 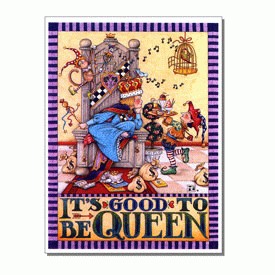 thankful notes", too. Then, at Thanksgiving, we'd have a great unveiling (unboxing??) and read all the gems stored over the past year.

Well, if I'm anything, it is definitely the Queen of Good Intentions. It's good to be "queen" of something, right?

Although I'd nag about mention it from time to time, I did little to encourage the children to record how thankful they were, and I certainly didn't model it for them. This being said, they ARE grateful children--at least in their early training, I was intentional about cultivating an attitude of thankfulness towards others. Pretty much, if anyone does ANYTHING for them, they'll say "thank you" without being prompted. See? THAT'S something I should've recorded, that's something for which I am VERY thankful. I'm not proud of this, but if I do something special for a child (heck, an adult!) who's not my own, I notice it if they don't acknowledge it; I don't hold it against them, it doesn't make me mad, and I never do anything in order to be thanked, I'm just saying gratefulness is a lovely character trait, and I notice it when it is--and isn't--present.

One September night before dinner, I plopped the Thankful Box in the center of the table. Their ticket to leave the table was to write a note...at least by Thanksgiving (in my idyllic-albeit-delusional world, sitting around our Norman Rockwell-painting-worthy table) we'd have ONE thankful memory to share. They obliged me. Everyone wrote something, folded it, and stuck it in the box.

Fast forward to the week of Thanksgiving. By now, the only person excited about the box was Thomas. Apparently, filled with gratitude at some point, he stuffed the box FULL of his thoughts, and he wanted everyone to know how superior he is to us that he's the best brown-noser in the family HE took my challenge seriously . The rest of us, well...we knew it was a bust.

But, manipulator fixer that I am, I was gonna redeem that little red treasure box, by golly, if it stinkin' killed me! So, when my brother, sister and her family arrived, I explained writing a "thankful note" would be their ticket into Thanksgiving Dinner. They were happy to cooperate, probably because they really were thankful we weren't swarming their homes and requiring them to cook a 14-course meal.

After lunch, it was T I M E. We began by reading a poem I wrote last year, written from the Thankful Box's point of view, explaining its raison d'être . My brother-in-law thought it was trite--everyone needs someone like this around to keep you grounded. As the boxed was passed around the table again and again and again, we took turns reading and guessing who had said it. Evidently, everyone's a comedian or a philosopher in my family, or "wannabes" of either or both. We laughed...a lot...so, regardless of what anyone thought about this revamp of counting your blessings, in spite of the mocking and ridicule I endured, even the most cynical in my family would have to agree it was worth it in the end.

Do you have to guess who that would be?

Just now, I went downstairs, opened the box and re-read every note. Wow. In the quiet of this moment, I realized what I intended for "fun", an exercise in frivolity and flippancy, actually means something. Whether warming my heart or tickling my funny bone, these words just became precious to me. At the time, by God, I was just going to make "something" happen. And it did. Only two weeks AFTER the fact.

The following will probably bore you out of your gourd, but I gotta write some of these down...(say it with me)...so I won't forget.

I am thankful for...

(Outta the mouths of babes, remembering that little things matter, too)
hammocks!
toothpaste and toothbrushes
pens and pencils
socks!
shoes
candy
my bed!
music (multiple entries)
a warm house
a house that blocks out cold (these two remind me not everyone has this :( )
yummy food

(Profound)
Letting me play basketball when I'm no good
Adults who really listen to you
The ability to walk, talk, smell, breathe, hear, taste, feel
Life "now", life "later
That Pop hasn't died yet :/ :-( :-)
Encouraging words (I didn't write this one, but I could have ;) )
that I have multiple things for which to be thankful

(Common and "expected" responses)
Family
A supportive family
a good family (suck ups)
Loving parents, brother and sister--that was Stephen's one and only...he missed the flurry of activity of everyone else, although I have no idea how; he was self conscious he only had one, but dang it was sweet, it was his "ONE" from September.
the love from my family
opportunity to make happy memories with family
Aussie and Callie
crazy cousins
good health
beautiful weather
storms
snow

(A few more from my kids)
LEAF BLOWERS!
THAT THE LEAVES ARE ALL RAKED UP!! YAH! :)
FALL! (How can you say this after the "leaf" comments??)
great teachers
my school (again, suck-ups...your teachers won't be reading this!)

(On a spiritual note)
God's gracoiusness
a loving God
wonder and beauty of Creation
to love and be loved -- guess this one could be categorized in a few places...
for letting me run a 60-yard TD (for Thomas, this WAS spiritual!)

(No doubt who these two came from ;) )
VERY thankful my kids "get" my sense of humor and they have a GREAT one themselves :D
love hearing R, T & S helping each other with homework ... playing and laughing together ... and just talking

What a wonderful idea ! If asked to name the one 'I'm Thankful For' that comes first to mind without looking back at the list...it would be: Regular Bowel Movements !
I am now going back to not only read the list again, but your preface to it. Then, I'm going to go find a Thankful Box.

I'm torn between "What a wonderful, inspirational story about a loving family starting a tradition they will cherish for life" and "Oh please, give me a break! Norman Rockwell settings, hokey gimmicks, tons of thankfulness, blech!"

Which one do you think I'll go with?

Well, I think it is a GREAT idea!! - no matter what anyone else (WT) has to say about it.

That is a great reminder of what Thanksgiving is there for.

You are too cool to come up with that.

Swampy, funny the things we most appreciate as we (ahem) become more mature ;).

WT, is there actually a question there? I didn't think so...!

Karmyn, you popped in while I was writing...JINX! And thanks, sweets :). I can't take full credit, a friend had done something similar when her kids were young. I just kind of took her idea and ran. And then ran some more.

It really is a good idea! We've been setting out a cornucopia & all of the kids at church fill it with the things they're thankful for, for the month of November.
I'm glad that your Thomas was so thankful.
I'm thankful for mint-less toothpaste!

aww:) we did a wall of leaves we colored every morning.

He came up with some very precious ones and of course GI Joes made the list;)!

A thankful box would be some therapy all year long ... on those days when I think I've about come to the end of my rope... I could sit down and remind myself.

a week or two ago someone suggested that before we go to bed to discuss three good things that happened during the day. I've already broken that promise.

tonight I'll tell the hubby one of my three good things is-- I read a good blog today.

The things they come up with...I'm tossing in my hat into the "my bed" ring. It's warm and cozy and I have to get out of it way too early most mornings.

I love the whole box idea!

Hey, regular bowel movements are something to be thankful for.

LCO...WHAT does mintless toothpaste TASTE like? ICKY Bubblegum?? Even more, what does your BREATH smell like after brushing??

Claudia, it sure beats irregular BMs (remember when you didn't know "BM" actually stood for something??)

E-mom...I have a follow-up post to this..who knows if it'll ever get published with my "backlog". :/

Pamela...awwwww, what a SUWEET thing to say (of course, I will pretend you were referring to PENSIEVE) ;).

Carol, this time of year, I love to snuggle down deep into my covers and almost cover my head. That was a GOOD choice to include :D.

Heather, you're too young to agree to that! Unless you've dealt w/"complications"...or constipation...or impaction...this is getting ugly. Think I'll stop now, lol.

everyone should go mint-less
cinnamon!
with no flouride (that's the main point)
my breath must not be too bad, Jehu doesn't keep his distance

That is such a great idea! Hokey, or not. And it seems to me that it worked very well!

Thank you for sharing the thankfulness of your family. It sounds you have a wonderful, fun and loving family.

I think the thankful box is really neat :)But I think that I would have the same issue not being filled on a daily basis in my small family...

Okay, Mom, I did notice your innocent little "you can be thankful for stuff you got away for". Like we would really be stupid enough to tell on ourselves. Not that I've done anything to be told on 0:)

Am I missing another blog? I could have sworn I'd read a post from you that was after this November 21--maybe I'm missing the obvious!

Hello Robin, I read your blog some years ago and you visited mine and I was just reminiscing over my admin years in my blog and read one of your comments and was intrigued to see if the pensieve was still going! What a lovely post to see when I arrived! I think this is a MARVELLOUS idea! I am going to do this I think! I do think you are right, it is soooo sooo important to count your blessings. I do a 10things I am thankful for every so often, but this is an easier way!

Do you really want to see this????????
For those who missed this the last time it went ar...
Blogging Chicks Carnival Time
For Michelle and Chaz...
A room with a view
WHAT ARE YOU WAITING FOR???
Mixed up?
Because I said so, that's why!
Free to a good home
Smile.....