Pimpin' My Blog (aka CONTEST TIME!) 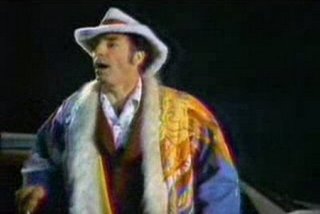 This will be a shameless post...gratuitous...self-serving. You should stop reading right now if those things disgust you (don't say you weren't warned).

If they don't, keep going.

I'm headed out for a few days, and it looks like I won't be able to post anything new. How ironic is that, given my new toy? I won't get to play with it until I get back:/. Bum-mer!

It's publish or perish in the blogosphere......it's not exactly "absence makes the heart grow fonder". More likely, it's "Thank God that's one less Blogline I'll be hearing from...! "

A while back, Willowtree thought a post of mine was nothing more than a shameless attempt to increase blog traffic. It wasn't, not in that case, anyway. Then, WT has an epiphany about why one of his favorite bloggers had such a high readership. HIS readers responded (including this one), it even required a follow-up post (which I ain't linking to 'cause there's already enough of that in one paragraph for heaven's sake), all in all, great fun.

BUT, he DID give me an idea for a couple of posts. It's about time, since he's told me on multiple occasions I've inspired him...which is NOT always a compliment ;) ). This is the second idea (the first one will be written later).

Because it's early, and I have lots to do before heading out, I'm cutting to the chase--

1) I'm having a contest.
2) There will be prizes.
3) I don't want to return home to find out y'all have forgotten Pensieve.
4) I blogged for six months in obscurity...it's a lot more fun now (although, believe it or not, I enjoyed it then.). This is a way to give those old thoughts a little life.
5) Contest categories...you may select a) none b) all

Tell your readers that you're competing for a prize by directing traffic here. They must leave a comment telling me you sent them. The person who sends the most new peeps wins.

For those of you who are curious what the heck I was saying before anyone was listening (besides the voices in my head), the reader who goes waaaaaay back into the archives (September '05~around March '06) and makes thoughtful comments wins. This is about both content (demonstrating you actually read the post) AND volume--both objective & subjective). Heck, they're new to YOU, so pretend I just wrote 'em.

If anyone guesses rightly, you win something, but I don't know what....I'll try to match it to the winner :).

[D] My Favorite Comment of the Week, aka GRAND PRIZE

This is for the reader who brings me the most "joy" when I'm reading through your comments. It can be serious or kind or funny or whatever. I'll know "it" when I see it. It can be for any post I've written, even if you commented on it before.

Prize: A bottle of Joy Eau de Toilette, 1.5 ounces, a $45 value. This was a gift to me several years ago, but it's still in its original packaging--boxed & shrinkwrapped. I assume it still smells divine...I just gave up perfume for my favorite Bath & Body flavors about the same time I received this (NOT from Tad :) ).

Willowtree, THIS is what a "shameless attempt at increasing traffic" looks like. I should be ashamed of myself, but I'm not ;).

How fun!!! But you do know a few days gone (even a few months gone) 'ol Pensieve could never be forgotten.

Holy Crapoli! This is a brilliant, truly inspired piece of blog pimping! "I doffs me hat to yer."

I think I might have a go at a couple of these.

This means I've got to go find my reading glasses.
and make up all sorts of fake names and fake web sites and pertinent comments so that I can win.
giggle.ci

Oooh fun! You have a lot of creative readers so the comments should be interesting. I hit your blog a few times a day sometimes just to read the comments! Looks like I'd better get to reading.....

I read you regularly, but today Kelli at Pass the Torch sent me!

Okay you shameless link-getter, I'm in. It may take me a WEEK to read all the instructions, though;)

This ladies and gentlemen is creative (albeit a little narcissistic) genius at work!!!
I am impressed. Sheerly overwhelmed by your level of commitment to "pimpin'" out your site. Way to go!
This is definately one of those: oooh, I wish i'd-a thought of that!

My guess for your game -

You are NOT at the beach. You are at that cool Women's Retreat having a grand ole time with some Sistah's.

I am all about Shameless attempts at drawing Blog traffic!

Anyone reading this... If you would like to see Naked Pictures of Me please head on over to my blog. Check the archives.. they are there somewhere. Tell your friends to look too!

Malissa's Merry-Go-Round directed me here.
You make me dizzy

Oh, yeah! Where is she?
traveling with a belly-dancing troupe

Okay, Marnie sent me here...but I think she is just having a moment of shameless self-promotion, because I'm pretty sure there aren't any naked pictures of her. ;)

Melissa ratted me out. Whoever said that the "truth will set you free" obviously never attempted shameless blog pimping.

Okay - I am officially saying that Marnie sent me (only because I feel so sorry for her - all the lying about naked pictures of herself. She's so desperate! hee hee)

Hey Robin,
Malissa sent me over.....I always see your comments on the merry-go-round........I'm glad I stopped by!

Willowtree sent me. I'm a different willowtree, and its pure coincidence that we have slightly simliar avatars.

He sent about 85 of my church group over too, but blogger had a stroke with all the extra traffic and I think some of the comments may have disappeared.

I was referred to your blog by Marnie at "I didn't say it was your fault..."

I'll guess where you are:

You're on a photo shoot in Malta. Your job isn't to photograph uber-thin models but to provide them with iced bottles of Evian. With straw. Ever time a model trembles as if she's going to faint from starvation, you're to grab a bottle of Evian, squeeze precisely one quarter of a lemon into it, insert straw and hold bottle and straw to model's artificially plumped lips.

Robin, you are a hysterical! I've got ya bookmarked sooo..unless you disappear, i'll keep reading.

What a great read :) I don't quite get blogging, but I have to say your writing is rather amusing. Glad that Malissa, from Malissa's Merry-Go-Round directed me here!

Hey! Malissa sent me to check out your blog. Nice to see you! (Now let's hope I get this right.)

Great blog! Malissa gave me the link- thanks for letting us know about this cool blog Malissa!

Wow! What a nice blog. Malissa sent me here.

Malissa is spreading the word! She sent me here to check out your blog.

P.S. My easily distracted mind was a littled scared to read that "Joy Eau de Toilette" probably smells divine. My juvenile self read it "Joy Eww de Toilet" - and wondered just how divine does that ewwy toilet joy smell? :-p

Malissa sent me, too!

Couldn't I just keep leaving comments like this saying Malissa sent me as anonymous, though? Will you be able to count? This is just 2 for me, btw. She really did send a whole blog-load of people!

Malissa sent me to see what you were doing here. ~ Chelle

Malissa sent me too!

Malissa (Malissa's Merry Go Round) sent me too!

Mama's Gotta Brand New Bag
Blind Men, Elephants and Jesus
I Cannot Believe I Found This...!
Oooooo! That feels n i c e!
It is NOT all about me
You're Invited
SING WITH ME!!!!!!!!!!!!
I wouldn't sell my kids for a gazillion dollars...
When I said "Raining cats & dogs" in my last post...
Seriously, do I LOOK like Lucy???